Most of Indian views of reality can be understood in western terms. But no parallel terms exist for the forces at work at the hear of creation, the raid which exists at the core of every phenomenon. These all-pervasive forces are the three guns, called tamas (Inertia), rajas (Activity), and sattva (Essence).

All manifestation springs from the common source of prakriti. This primordial wellspring of being can be likened to an inverted tree, one whose roots are up, and trunk and branches downward. The part of the tree which is hidden from human sensory perception is the root part, the mool prakriti (Mool = root). It is this root from which all creation arises. Mool-prakriti, the primary existence, is the state of complete balance, or equilibrium. This prakriti is without gender, without identification, without form – without any qualifications to its nature. Nature here is undifferentiated, beyond all human sensory perceptions. In this stage of undifferentiated unity, existence assumes only the purest and lightest frequencies. All at this stage is sattva, essence.

For this state of wholeness, sattva continually generates space from itself. And this generation of space is the first step in the creation cycle. For a time, space pours out freely, as water flows freely in the ocean. But once manifestation begins, the pull is inexorably downward. As the currents of space are generated, a blockage in their flow evolves as the current eddies back on itself. This blockage, this obstruction in the flow of space, is tamas.

It is Tamas which is the prime cause of creation, for without obstruction sattvic frequencies would never begin the descent from subtle to gross.

The presence of tamas breaks the uniformity of the flow of space, forming an independent circuit. This new circuit, a closed system formed out of the frequencies of the root prakriti, is called the Golden Egg (Hiranya Garbha in Sanskrit).

So long as the prakriti is inert, motionless, nothing exists but pure sattva. But the generation of space creates motion, activity. It is the nature of creation that once the play of action begins that the energy flows inevitably starts, currents of energy are formed. And with the passage of time, it is inevitable that one current obstructs the passage of another – forming an eddy, a ripple in the stream of evolution.

By themselves, the guns are imperceptible – rather, beyond perception. Only the effects of their action can be seen. 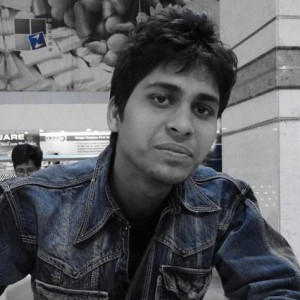 Hair Problems & How to get rid of them